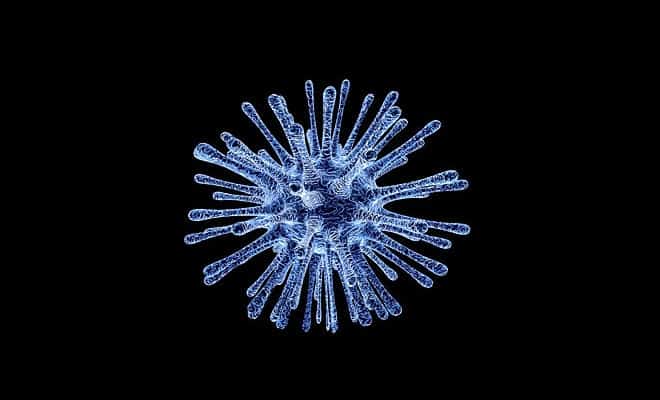 Ebola virus outbreak in West Africa is over. This information was published four days ago on the 15th of January 2016 by WHO.
However soon after this, a new confirmed case has been identified in Sierra Leone. Exacerbation of the disease may occur in the coming months.

Because the topic is very important, I decided to refresh some information about this deadly disease.

Understanding the Ebola virus is vital to preventing people from contracting and spreading it further. Everyone should know it’s deadly, as statistics indicate its mortality rates are upwards of 80 percent. The first outbreak occurred in 1976 in Zaire, which is now known as the Democratic Republic of the Congo. Such an epidemic can cause tens of thousands of deaths even when contained to Africa.

Ebola produces severe bleeding or hemorrhaging, organ failure, and is usually fatal. The virus is native to the continent of Africa, where occasional outbreaks have occurred for years. However, a milder strain has been found in both pigs and monkeys in the Philippines. 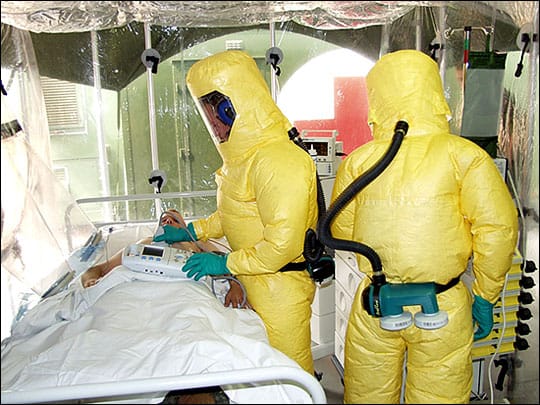 Infected animals can transmit the virus to humans that are in any health condition. It also doesn’t discriminate, as it affects all ages and either gender equally. Once the initial transmission occurs, it can then spread through contaminated needles or bodily fluid contact from one person to another.

There is no approved drug to treat it, although scientists are working toward developing different vaccines to help protect people and entire populations from future outbreaks. Results are varied, and some seem to be promising, but more testing is required. Anyone diagnosed with

Ebola is treated just for its associated complications, as that is the only treatment currently available. Medical staff can only provide supportive care, which includes replacing lost blood, providing the necessary fluids and oxygen, and managing blood pressure while attempting to combat other developing infections to minimize other health complications.

The health of the affected individual becomes compromised, with extreme weight loss, diarrhea, vomiting, abdominal pain, internal bleeding, and bleeding from various orifices, especially from the eyes, among numerous other symptoms.

How Humans Become Infected By Animals

The life-threatening virus is likely transmitted to humans by way of the bodily fluids of infected animals. This can occur when eating infected meat or even when butchering the infected animal.

How Ebola Spreads From Person to Person

Contaminated persons are typically contagious only when they develop signs and symptoms of the virus. From there, family members in any health condition are commonly infected while caring for their loved ones. Preparing the dead for burial may also lead to infection.

Health care providers are also at high risk of contamination if they are not wearing surgical masks and gloves. Unfortunately, African medical centers greatly lack funds leading to the reusing of syringes that haven’t even been sterilized between uses, which further spreads the virus. 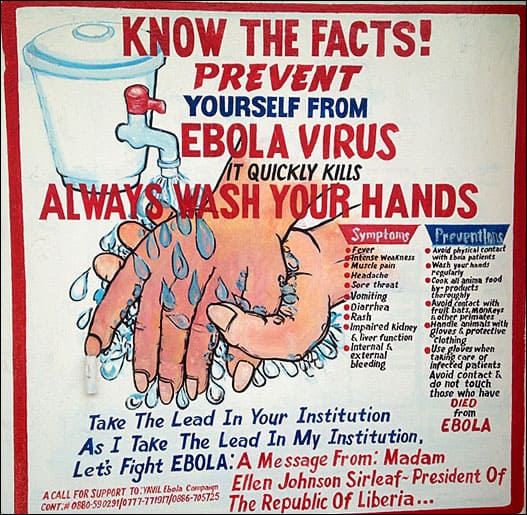 Understanding the Ebola virus is to recognize how dangerous it is in the modern world and free travel to and from Africa. When an outbreak occurs in African countries, the entire world is at risk of spreading the infection within their developed countries. This could easily lead to a pandemic, with deaths in the hundreds of thousands, should it get out of control.

As Ebola epidemics are terrifying, many fear that the virus can be spread through insect bites. However, there isn’t any scientific evidence to prove this. Also, it is important to understand the risk of becoming infected with this virus is generally very low. However, the likelihood of infection increases when traveling to Africa, especially in countries where outbreaks have occurred in the past.

Providing health care to infected individuals will also increase the risk of contamination, as will burial preparation of the infected individuals. Additionally, people may be at risk of infection when conducting animal research, specifically with imported African or Philippine monkeys.

The hemorrhagic fever associated with this virus usually leads to death, according to statistics. This can be a result of severe bleeding, multiple organ failure, jaundice, shock, or other possible complications. The fact that the virus affects the immune system so severely that it cannot defend itself and quickly deteriorates the health of an individual is the reason this virus is so deadly.

That said, some people can and have recovered from Ebola, although recovery can take months. Why some recover and others succumb to the illness is still a mystery for scientists. It is known, however, that those who do recover show signs of the virus remaining within the body for several weeks. Survivors usually experience numerous ongoing symptoms, including weakness and fatigue, eye inflammation, hepatitis, among others.

Diagnosing the virus at an early stage is very difficult because it resembles so many other illnesses, including malaria and typhoid. Doctors may suspect infection depending on the individual’s history, whereby they would conduct specific blood tests that would identify the virus quickly.

It is important to understand Ebola in that it cannot be spread through casual contact, nor can it be transmitted through the air. It is not a respiratory illness that spreads through remaining particles in the air. For this virus to spread, it must occur through direct body fluid contact with an infected person.

The body fluids capable of transmitting the infection include tears, urine, sweat, semen, saliva, feces, mucus, vomit, blood, and breast milk. Keep in mind, that understanding Ebola virus means knowing when infected individuals are contagious. Those inflicted with the illness are contagious only when they show signs and symptoms.

However, it’s important to note that an infected person may spread Ebola when coughing or sneezing, only if the body fluids contact with the eyes, nose, or mouth of an individual in good health. This is also true if the sick person’s saliva or mucus contacts and open wound or cut of a health care provider, for example.

There are several ways to protect oneself from contracting this deadly virus.

The first and most important is to avoid traveling to places where an outbreak has recently occurred- check the Center for Disease Control and Prevention website, which tracks this and other illnesses and epidemics around the world.

Steer clear of infected people. Those caring for loved ones, including health care providers, must avoid all contact with the sick person’s body fluids, which include secretions and semen vaginally. Health care workers and caregivers should wear all the protective clothing necessary to minimize the transmission of infection, such as eye shields and gowns, in addition to masks and gloves.

Frequent hand-washing is vital to fending off many infectious diseases, including this one. It is crucial, however, to wash your hands extremely thoroughly with soap and water. Alcohol-based hand sanitizers are also recommended, as long as they contain a minimum of 60% alcohol.

Do not eat bush meat, which can also be available in local markets in developing countries. Stay away from eating wild animals, which also includes nonhuman primates.

Do not handle the remains of people who have passed from Ebola, as they continue to be contagious. Leave the handling of the remains to the specially trained teams who use the proper equipment.

Even if a person is in excellent health, that person could still become infected, so it is imperative to understanding the Ebola virus and how dangerous it is. Optimum health plays no role in preventing infection.