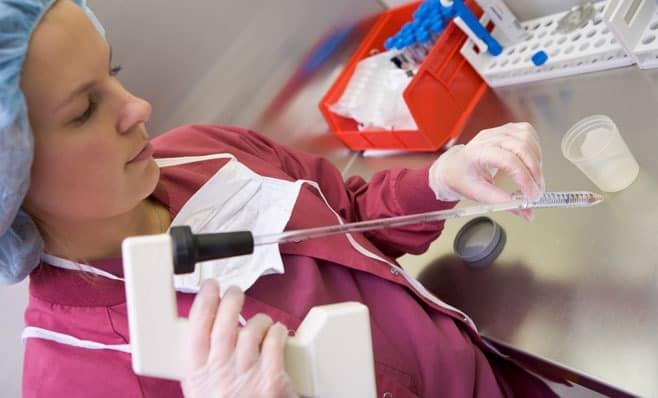 According to a recent study, an existing drug has been proven to help protect pre-menopausal women from the risk of infertility associated with cancer treatments. This development represents a breakthrough for women faced with this life-altering dilemma. It is common for females to become sterile following cancer treatment with chemotherapy drugs and radiation.

Research studies have shown that almost 40 percent of women who survive breast cancer experience premature ovarian failure. This results in the loss of normal ovarian function, which leads to infertility. The findings were released following a study by Weill Cornell Medicine in 2006.

Females have a large reserve of immature eggs or oocytes designed to last a lifetime. However, cells that make up these eggs are susceptible. This makes oocytes more vulnerable to the harsh effects of radiation and chemotherapy drugs. The lifetime reserves are wiped out easily by cancer treatments.

The latest study helped scientists identify the checkpoint protein (CHK2), which activates in response to damaged oocytes. The protein is known to play a key role in a pathway designed to eliminate eggs with DNA damage. This function prevents the birth of babies bearing new mutations.

The scientists used animal models to conduct the study. They irradiated mice that did not have a CHK2 gene. The experiment showed that the eggs survived the irradiation before repairing DNA damage. As a result, mice models successfully gave birth to healthy offspring.

Researchers later realized that some pre-existing CHK2 inhibitor drugs could mimic the knockout function of the checkpoint gene. The drugs were initially designed to act as a cancer treatment. However, they proved less effective for the role. The mice tested in the experiment were given the inhibitor drug. 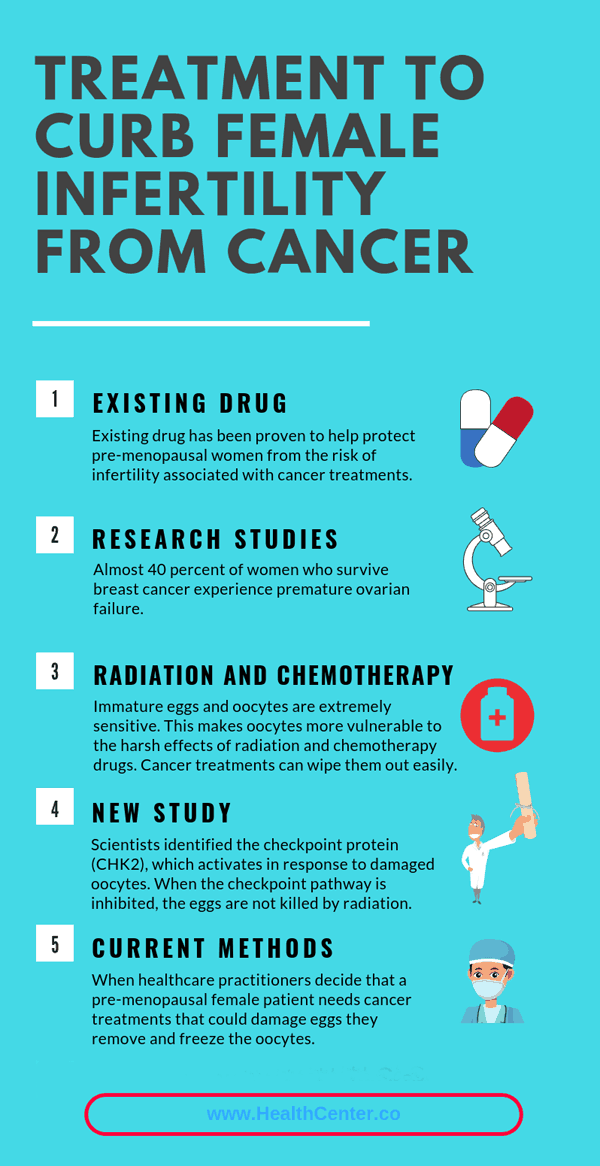 The study demonstrated that when the checkpoint pathway is inhibited, the eggs are not killed by radiation. Instead, they retained their fertility status. However, scientists are concerned that despite the successful birth of pups, there is a possibility that the oocytes harbor mutations. If this is correct, the mutations may emerge in a generation or two.

Scientists raised the concerns based on the notion that circumventing a natural quality control process involving genetics can yield undesired results in the long run. For this reason, they intend to conduct thorough investigations using genome sequencing.

Typically, when healthcare practitioners decide that a pre-menopausal female patient needs cancer treatments that could damage eggs they remove and freeze the oocytes. In some cases, the approach entails the removal of ovarian tissue. On the downside, the removal and freezing of eggs delay cancer treatment procedures.

On the other hand, the body responds to the complete absence of oocytes by transitioning to menopause. This is caused by a significant shift in the body’s hormonal makeup. As a result, the complications present a serious emotional and medical dilemma for female cancer patients.

They have to choose between preserving fertility or skip freezing oocytes to avoid putting their lives at considerable risk. The decision-making process should not take long to ensure that medical practitioners can proceed with freezing or treatments.

link to Is Hummus Healthy For Weight Loss? Found Out Here

Continue Reading
link to Strength Training: Your Heart Health Could Depend On It?

Is Strength Training Good for Your Heart? Many individuals automatically think of cardiovascular exercises when they consider workout routines that are good for the heart. The heart-health...